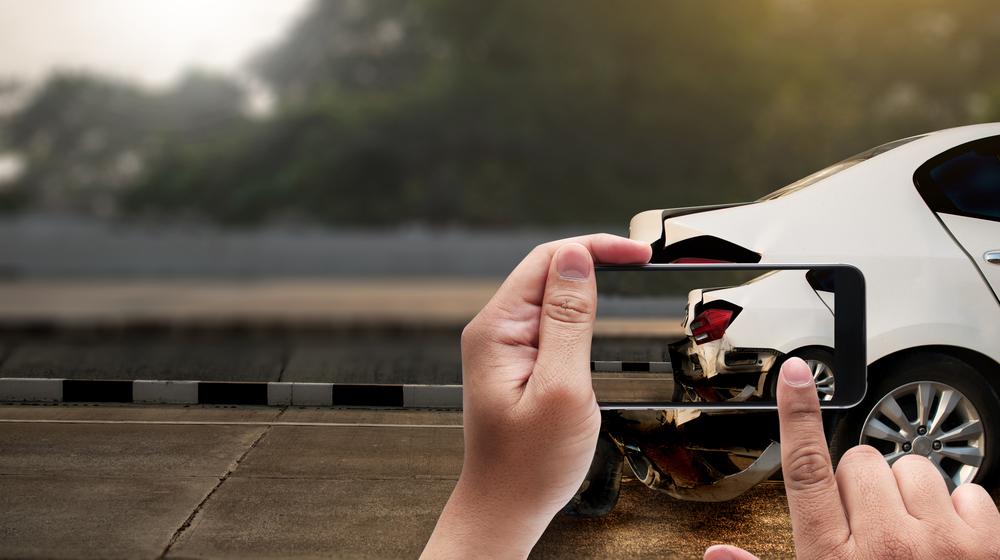 When a hit-and-run accident occurs, the victim rarely sees it coming. The driver that causes the accident may hit you or your car, panic, and flee the scene before you know what happened. This can be a scary situation for anyone.

You may be disoriented after your injuries or caring for passengers who were also injured. You also may be concerned about who will pay for your medical bills when the responsible party flees. The New Orleans hit-and-run accident lawyers at Morris Bart, LLC can make sure insurance companies help you pay for your treatments.

What Is a Hit-and-Run Car Accident?

A hit-and-run accident occurs when one of the vehicles involved in a crash flees the scene before law enforcement arrives to investigate. It is the responsibility of anyone involved in a collision to stay at the scene and make sure any injured parties are taken care of until aid has arrived.

The state of Louisiana specifically spells out penalties for any driver convicted of a hit-and-run accident. The penalties are especially harsh if someone leaves the scene of an accident where the victims were injured or killed.

If you or a loved one has been a hit-and-run victim, a New Orleans car accident lawyer can explain your options.

For a free legal consultation with a Hit and Run Accident lawyer serving New Orleans, call 800-537-8185

The criminal charges for a hit-and-run in Louisiana will depend on the details of the offense. A hit-and-run driver can either be charged with a misdemeanor or a felony. However, either way, Louisiana prosecutors take this criminal negligence very seriously.

If no serious bodily injury or death occurs, the person who hit you could still face a misdemeanor punishment if they flee the accident scene, including:

The driver would also face a minimum of 10 days and a maximum of 6 months in jail, a $500 maximum fine, or both if the criminal prosecutor can prove they were drunk or on drugs and that they didn’t stop because they knew they’d be prosecuted.

The hit-and-run driver in your case could face felony charges if:

Once charged, the judge may sentence them to:

The perpetrator in your case will face the most severe felony hit-and-run driving penalties if all the following conditions are met:

If the hit-and-run driver is found guilty, the judge is required to sentence them to a minimum of five to 20 years in prison, with or without hard labor.

Unfortunately, hit-and-run accidents are more common in Louisiana than in other states, according to the AAA Foundation for Traffic Safety. In fact, Louisiana, New Mexico, and Florida had the highest hit-and-run crashes per 100,000 people between 2010 and 2016.

Hit-and-run accidents are common throughout the United States. In 2015, 11.7% of all crashes involved a hit-and-run driver, accounting for 1,819 fatalities and 138,500 injuries.

In Louisiana in 2015, there were 41 fatalities related to hit-and-run crashes and 4,155 injuries.

Reasons That People Flee the Scene of a Hit-and-Run

Multiple theories exist as to why someone would cause a traffic accident and then leave the scene:

Regardless of why someone fled the scene, they will be subject to prosecution for the hit-and-run crime when the police catch them. And you can hold them accountable for your damages with the help of a hit-and-run accident lawyer in New Orleans.

What to Do After a Hit-and-Run Crash

If you are the victim of a hit-and-run accident, you should immediately call the police. If someone suffers injuries in your vehicle, they will need care from first responders. After all the victims have received proper care, you can then begin trying to help law enforcement track down the driver who fled the scene by taking a few actions:

By catching the other driver, their insurance can provide you with payment for your injuries. Our New Orleans hit-and-run accident lawyers know how to help you gather information about your accident.

At Morris Bart, LLC, we stand by hit-and-run victims in Orleans Parish, New Orleans East, and elsewhere in the greater New Orleans area. Call us at (504) 613-4771 for a free case review.

Will Insurance Pay for My Hit-and-Run Crash Injuries?

If the other driver evades the police after a hit-and-run crash, you may have medical bills and other problems for which you deserve compensation. Unfortunately, in a case like this, you will have to rely on your health and auto insurance to help you recover damages.

Defending Your Rights Against Insurance Companies

Surprisingly, you may find that your own insurance company is fighting you and resisting the obligation to pay you the proper compensation. If your insurer is not helping you with medical bills, property damage claims, and pain and suffering claims, your New Orleans hit-and-run accident attorney can present the facts to the insurer.

Under the law, you have rights if you were a victim of injuries caused by wrongdoing or negligence. Yet you need to act before Louisiana’s one-year statute of limitations expires. So, our legal team will:

As a trusted team of New Orleans hit-and-run accident lawyers, we know how to help. We will work tirelessly on your behalf, helping you receive the benefits to which you are entitled. When you hire the Morris Bart, LLC team, we will be ready to begin working for you immediately. 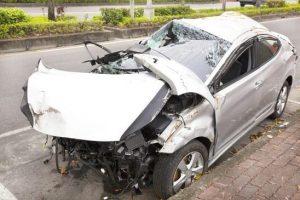 Nola.com reports that an 18-year-old girl died in a two-vehicle crash on a Louisiana highway. Louisiana State Police say the girl was driving on LA Highway 964 shortly before 7 a.m. when the accident 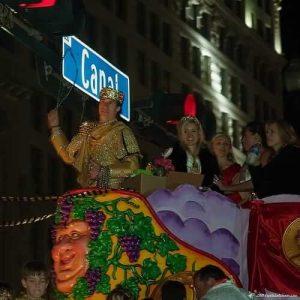 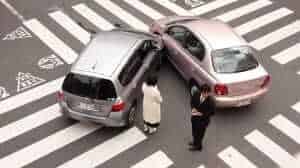 I Had a Car Accident… What Do I Do Now?

As a New Orleans personal injury attorney, I know car accidents can be a very scary event and cause us to panic when it happens.  Because it is hard to think clearly after you've been 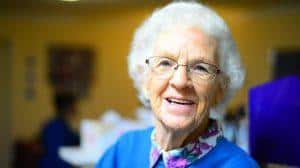 Imagine that you have experienced a car accident injury through no fault of your own.  You need treatment for your injuries, but you don’t have private health insurance, and can’t afford the

One of the frustrations for victims of hit-and-run accidents is that it can be difficult to get justice from the responsible driver. Police have to find them. One father and son are asking the driver to come forward after an accident, and the police are on the lookout according to WWL. The accident happened last November when a car jumped a curb under the I-10 bridge and hit the victims. They were under the bridge on neutral ground during a football celebration. The son lost his leg in the incident, while his father has had to undergo nine surgeries and is still on crutches. Fortunately, the police have a very good idea who is responsible for the accident thanks to collected evidence. However, the police have been unable to locate the suspect. They have issued a BOLO to find the responsible driver, whose name is Christopher Anders. The father experiences panic attacks when he hears loud car noises now, and his son is eagerly awaiting a prosthetic leg for his birthday. We hope that the police are able to find the suspect so the victims can get closure and possible compensation for their injuries and pain and suffering. If you know the whereabouts of Christopher Anders, please contact the NOPD or Crimestoppers to report it.

Hit-and-run accidents aren’t just bad for the victims. They are bad for the person who runs away as well. Running from an accident brings extra charges against you and it also makes it much more likely to be considered the responsible party in a civil lawsuit. WNGO reported on a hit-and-run accident that happened in November. Police are seeking the public’s help in finding the culprit. Christopher Anders was driving recklessly on North Claiborne Avenue. He lost control and went over the median, hitting a father and his four-year-old child. Anders’ truck continued down the road and struck a parked pick-up truck. He then fled on foot. Police have been searching for him since. Both the victims survived and were taken to the hospital. If you have any information about the whereabouts of Anders, the NOPD would like to know. Numbers to call can be found inside the link above to leave a tip. Recovering compensation from a hit-and-run driver can be difficult, but it is possible. Uninsured motorist insurance may also cover hit-and-run drivers depending on your carrier. If you are worried about this kind of accident, check your policy and see if the coverage limits are high enough for your comfort.

Hit-and-Run Driver Found in Texas By NOLA Police and the U.S. Marshals

It may take time, and it may even be in another state, but the police will do what they can to find hit-and-run drivers. They have arrested a suspect in Texas after hitting a father and a four-year-old boy in New Orleans several months ago. NOLA.com has the story. Police have been hunting for Christopher Anders after an accident in November. The victims were coming home from a post-game party at Claiborne Avenue and Kerlerec Street. They were walking under an I-10 overpass when they were struck by Anders. They were on the median at the time. The victims were taken to the hospital. The suspect crashed their car into a parked truck, then he ran away before the police arrived. They have been hunting since. The U.S. Marshals Service and the Warrant Squad of the NOPD found the suspect in Austin, Texas. The condition of the victims is unknown, but now that police have arrested the suspect we will find out more in the news as the case proceeds. Hopefully the victims can receive compensation as well as justice from the state. Even if a driver runs away, it is still possible to receive compensation from your insurance company. It is usually treated as if an uninsured driver hit you. If the suspect is arrested, the insurance company could try to sue the suspect directly to get the money they paid out.

A tragic case happened earlier this week in the French Quarter that has sent the New Orleans Police on a manhunt for the suspect. WWL reported on what police are considering a murder. The incident happened at St. Louis Street and Bourbon Street. Eighth District officers were notified of a hit-and-run crash involving a pedestrian. By the time the police arrived, the victim was too far gone to be saved. She died at the scene despite the efforts of police and medical personnel. Further investigation found out that the woman was trying to stop a fight when the suspect backed up intentionally into the victim, then fled the scene hitting another car while she was leaving. That driver is now wanted for murder. Her car will have rear-end damage. If you know anything about this case, contact numbers for the detective in charge and Crimestoppers can be found in the link above. Hit and run crashes usually happen because of fear. A driver gets scared of the consequences and leaves hoping to hide from police. They can also happen due to inattention by the driver, or intoxication. But in some cases, it is an intentional act. We hope that the police are able to find the suspect and bring her to justice. 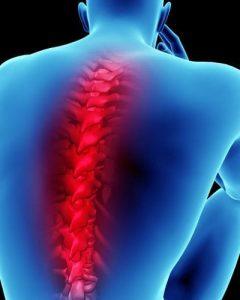 How Rude Driving Can Lead to Dangerous Driving

4 Mistakes That Can Affect Your Workers’ Compensation Claim