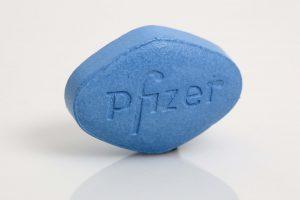 Viagra is one of the most prescribed drugs in history; however, recent studies show that users may not have been aware that taking the drug could drastically increase their chances of developing a dangerous skin cancer called melanoma.

When the medication sildenafil citrate (commonly known as Viagra) was originally designed and tested, the hope was that it would treat high blood pressure and cardiovascular disease by increasing blood flow. However when the manufacturer Pfizer conducted early clinical trials, patients reported a surprising side effect–the drug was also successful at treating erectile dysfunction.

Recognizing the potential of this side effect, Pfizer patented sildenafil citrate in the United States and in March 1998 the FDA approved its use to treat erectile dysfunction. Within months, tens of thousands of Viagra prescriptions were on the market and Pfizer began what would become known as one of the most aggressive pharmaceutical marketing campaigns in history. Advertised as a little blue pill that would ease the pressure and embarrassment of erectile dysfunction by working only when it needed to and with very few side effects, Viagra quickly became one of the most prescribed drugs in the country. Within 10 years of being on the market, Viagra sales reached close to $2 billion and continued to climb.

For a free legal consultation with a Viagra lawyer serving New Orleans, call 800-537-8185

What Are Possible Side Effects of Viagra?

Studies Show they May Be More Serious than Viagra Patients Expected

Viagra patients have always been warned that taking the drug could cause minor side effects, such as heartburn, dizziness, flushing, and headaches. However over the decades that Viagra dominated the market for erectile dysfunction drugs, Pfizer has been no stranger to claims that its drug was causing unexpected problems for its users. Multiple class actions lawsuits were filed alleging that Viagra contributed to hearing and vision loss.

Then in 2014, a study was released that showed Viagra use could drastically increase a man’s chance of developing the skin cancer melanoma. After following the treatment of over 25,000 men who used Viagra for 10 years, the study revealed that use of the drug could increase the risk of melanoma by up to 84%. Although the research did not find that Viagra was one of the direct causes of melanoma, it appears that the drug acts as fuel to the existing melanoma cells that everyone has in their bodies, leading to the disease.

Suddenly millions of men became concerned about the flu-like side effects of melanoma (weakness, vomiting, and muscle pain) and began watching themselves for the traditional skin cancer signs and symptoms like strange moles and spots. In particular, melanoma symptoms can include sores that won’t heal and changes in color or sensation near new moles or spots. Although the FDA placed Viagra on its list of drugs with possible safety issues in 2016 as a result of this study, the organization has not taken any further action to limit the use of the drug or change the warnings that are given to patients. Research shows that this issue is not limited to Viagra and may extend to other erectile dysfunction drugs such as Cialis and Levitra, among others.

In the five years since this study emerged, Viagra users have begun to ask why they were never warned of this Viagra side effect. Current Viagra warnings do not include this information, so patients who take the drug have no way of knowing that it could possibly be one of the causes of melanoma or increase their risk of developing the disease. It is undeniable that the effects of skin cancer can be devastating for a person’s life, and Viagra patients who have developed melanoma after using the drug are taking Pfizer to court for its failure to properly warn them of this side effect. In addition to countless individual product liability suits that have been filed, there is also a class action suit against Pfizer in a California federal court that is ongoing and still accepting claimants who developed melanoma after taking Viagra. Morris Bart’s dangerous drugs lawyers can go over your alternatives for seeking compensation and help you make an informed decision.

Have You or Someone You Love Developed Melanoma After Taking Viagra?

Those who may be eligible for a Viagra lawsuit should contact us for a free case evaluation. We work on a contingency-fee basis.

If you or a loved one has developed melanoma after taking Viagra or other erectile dysfunction drugs, you may be eligible to file a claim for medical costs, emotional distress, and further damages. Fill out our free case evaluation form to see if you are eligible for a potential Viagra lawsuit. An experienced attorney at Morris Bart will assist you in the evaluation process. Initial consultations are FREE. Click here to see more about our office locations throughout Louisiana, Mississippi, Alabama, and Arkansas. Call us at 504-613-4771 today.

What Are the Top 5 Reasons for Drug Recalls?

Pharmaceuticals undergo rigorous testing before they enter the consumer market. Once they receive approval and are in use, the U.S. Food & Drug Administration (FDA) continues to monitor them. 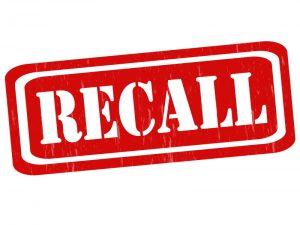 Drug Recalls: No Two Cases are the Same

My friend and I both live in Gulfport, Mississippi and were prescribed a drug that was later recalled. She hired a personal injury attorney and was not pleased with her settlement. If I hire a