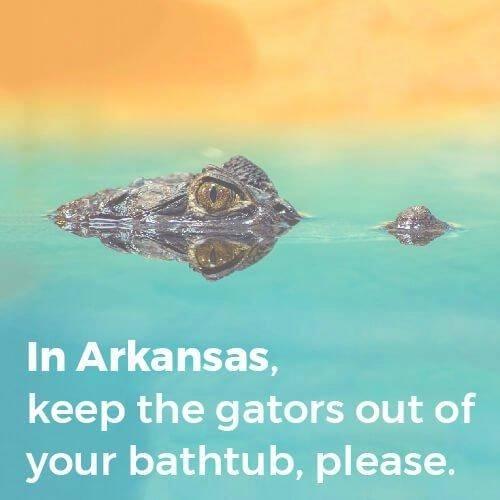 Taking a look at laws from other decades (or centuries) is super interesting, as they provide a glimpse into details of life that have long been lost to history. But since they often come to us without their original context, they can seem really bizarre! We’ve dusted off these funny old laws said to have been in effect in Arkansas – and although some aren’t verifiable, they’re all a lot of fun to read.

Did you think you could walk your cow in Little Rock any old time you want?

Think again. In Little Rock, a municipal law restricted cow walking time to 10 p.m.-4 a.m., 9 a.m.-noon and 1-4 p.m. We didn’t know cow-walking was even a thing, but as car accident lawyers, we’re all about effective traffic regulation. Just think of the cow crashes it prevented!

Don’t slap that mosquito in Fayetteville.

Technically this municipal law stated that you couldn’t kill “any living creature” within the Fayetteville city limits. While it’s certainly a nice sentiment, we’re not throwing away the bug spray anytime soon.

Get the alligator out of the bathtub – it’s against the law (and the kids need a bath).

In Arkansas it was apparently illegal to keep your alligator in the bathtub. And rightly so, in our opinion! This crazy bathtub law makes perfect sense. We think the only wildlife the kids need to contend with in the tub is a rubber ducky. It’s illegal to kill mosquitoes in Arkansas, but only if they catch you. 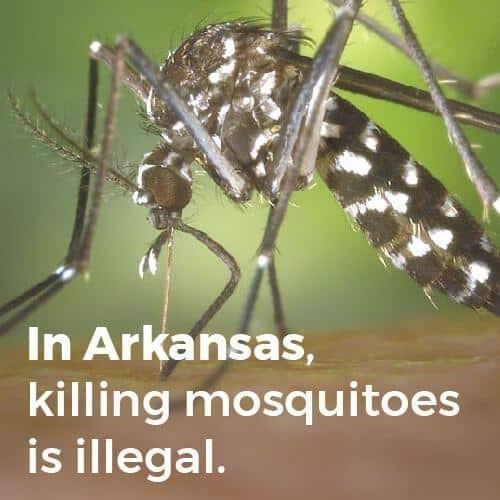 It’s illegal to kill mosquitoes in Arkansas, but only if they catch you.

If you ask me on a date, for goodness’ sake do it inside.

Men and women were not allowed to flirt on the streets of Little Rock, and those who violated the law faced 30 days in jail. Harsh! We’re sure this law had its reasons, but let’s hope that front porches, where so much courting was done, were a no-enforcement zone.

Never mind test scores and other kinds of accountability – apparently there was a time when teachers who had their hair lopped off in the radical new “bob” hairstyle were not eligible for a pay raise. Not all laws are effective, right?

The river may not rise higher than the bridge in Arkansas, and if it does, it’s going to jail.

Can a river go to jail?

Yup, it was once illegal for the Arkansas River to rise higher than the Main Street Bridge in Little Rock. We’re thinking engineers might have been more useful than lawyers in keeping the river in its place, but who knows – maybe it worked! 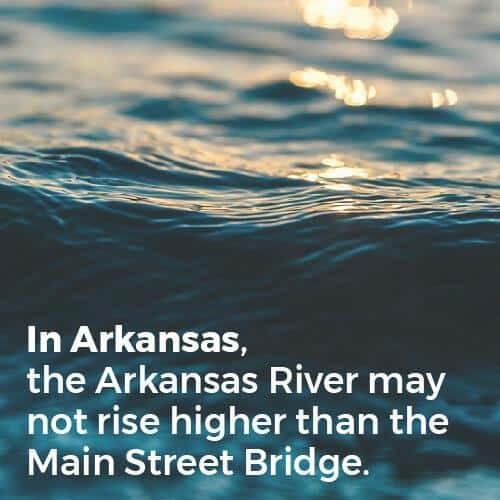 The river may not rise higher than the bridge in Arkansas, and if it does, it’s going to jail.

One call, that’s all! If you were injured in a car accident (or a cow accident), contact Morris Bart.

For more than 30 years, Morris Bart, LLC has protected the rights of the injured.

We work hard to get our clients the most money and assistance available to them as determined by law. With offices in Arkansas as well as Louisiana, Mississippi and Alabama, we are proud to be one of the largest personal injury law firms in the United States.

How Much Are Injury Attorney Fees?

I live in Breaux Bridge but work in Lafayette. Recently, I was on my way to work when I was hit by a car that ran a red light. I am suffering from neck and back pain. At what point should I hire an

You may be on a tight budget, but vehicle maintenance is one cost that nobody can afford to cut. Worn brake pads, old wiper blades, electrical problems, and other issues can cause accidents. If you

How Can I Help Louisiana Flood Victims?

Tips from a Baton Rouge Personal-Injury Attorney Louisiana’s record-setting floods have forced thousands of people from their homes. The death toll has reached 13, and the damage estimate has risen 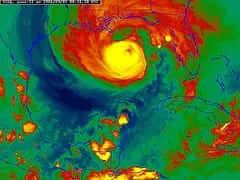 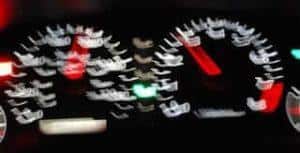