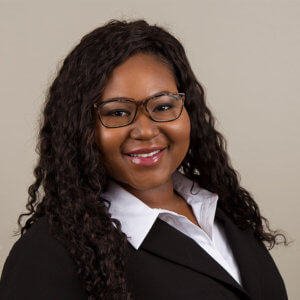 Ms. Thompson received her Juris Doctor from Louisiana State University, Paul M. Hebert Law Center in 2013. While in law school she thrived in Trial Advocacy. She was a National Finalist in the 2012 Thurgood Marshall Mock Trial Competition and a member of the 2013 LSBA Law School Mock Trial Competition Championship Team. Ms. Thompson was also a recipient of the Ernest Morial Scholarship. Ms. Thompson is licensed to practice in the state of Louisiana.