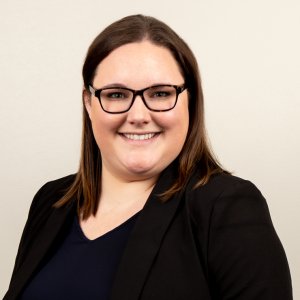 Rachael Fajoni was born and raised in Hammond, Louisiana. She joined Morris Bart, LLC as an associate attorney in 2019. After earning her Bachelor of Arts in Communications and minor in Business Administration from Louisiana State University, she went on to receive her Juris Doctorate from Loyola University New Orleans College of Law in 2018.

During her time at Loyola, Rachael clerked for Civil District Court Judge Bernadette D’Souza, served as Treasurer of the St. Thomas More Law Society and Communications Chair of the Association of Women Law Students.

Rachael also studied internationally attending the University of Vienna School of Law where she studied the comparative legal systems of Austria, Germany and the United States. She also studied internationally in Spetses, Greece where she studied the comparative legal scheme of alternative reproductive methods in the United States and thereafter wrote her exit paper on compensated surrogacy entitled, “Compensated Surrogacy: Exploitation of Poor Uneducated women or a Way out of Poverty.”

Prior to joining Morris Bart LLC, Ms. Fajoni worked in areas of insurance defense, family law, and construction law. Ms. Fajoni is licensed to practice in all State and Federal Courts in Louisiana.