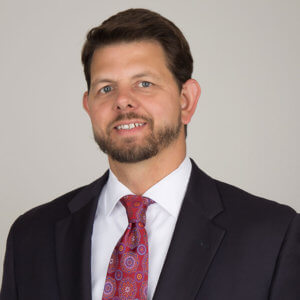 Jason Ruiz was born and raised in Gulfport, Mississippi. In 2000, he was awarded Bachelor of Arts and Bachelor of Science degrees from William Carey College, both summa cum laude. Later that year, Mr. Ruiz was nominated and awarded an International Rotary Ambassadorial Scholarship to study abroad. He completed his post-graduate studies at Trinity College in Dublin, Ireland, and was awarded a Masters of Philosophy degree. He returned to the United States in 2002 to study law at the University of Mississippi and was awarded the Juris Doctorate degree in 2004. From working his way through law school to his present day practice, Mr. Ruiz has devoted his career to representing injured people.

In 2013, Mr. Ruiz was selected by Super Lawyers magazine to be included on their Mid-South Rising Stars list.

Mr. Ruiz is a member of the Mississippi Bar and is admitted to practice before all state and federal courts in Mississippi.