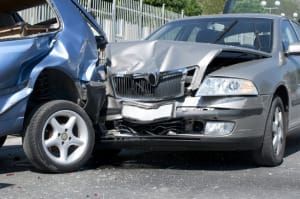 Car accident stories often end in tragedy. Fatalities and injuries can happen even during minor wrecks, which is why headlines tend to be extremely disheartening. Sometimes, though, accident stories end on a positive note. This was the case in a recent story in which a lost puppy was reunited with its family after travelling 700 miles from the scene of an accident.

According to the YellowHammer, the accident occurred on I-65 late last month. It was a serious wreck that took the life of a young woman and ejected her dog, which was riding in the car with her at the time. The dog then went missing, and the victim’s family used social media to reach out to Americans everywhere, asking them to keep their eyes out for the lost puppy.

No one was certain the dog had even survived the wreck, and the odds were definitely stacked against them when the seemingly impossible happened: A family 700 miles from the scene found Bobby, the Havanese puppy.

The Mobile family had stumbled on the dog in their front lawn, and they drove 10 hours to return him to his family in time for Christmas. Though this does not bring the young woman back, her dog has been comforting the entire family during the trying time, and they were glad to be reunited once again.

Police tend to be on high alert around the holidays, because that’s when people are more likely to drink and drive; however, even though the Christmas season has come to an end, drunk and reckless driving accidents still occur. If your family needs a personal injury attorney in Mobile because you or someone you love has been injured in an auto accident call Morris Bart.

AL.com reports on a single-vehicle crash that occurred late last month involving a 17-year-old driver. According to police, the teen was driving when he lost control of his vehicle and veered off the road. When rescuers arrived at the scene, they found him in critical condition and rushed him to a local hospital.

Doctors pronounced the teen dead shortly after arriving at the hospital. Police are still investigating the crash.

More than 18 months after a Mobile branch of Rent-a-Car reported a man had stolen one of its vehicles, officers were able to charge him. According to Al.com, the incident occurred in May 2013, and police filed a warrant for the man’s arrest one month later. Late last month, he finally turned himself in, facing one count of theft by fraudulent rental or lease.

According to police, the man test-drove the vehicle with the intent to lease it. When he turned himself in, he did not return the vehicle, and authorities could not find it. The theft allegedly happened around the same time that the man was involved in a multi-vehicle crash.