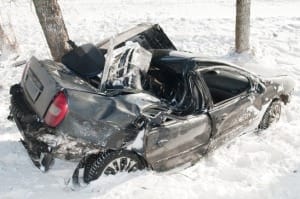 According to AL.com, a single-vehicle crash claimed the life of a pedestrian in Mobile late last week. Reports indicate that the 46-year-old man entered U.S. 98 on foot around 7:30 in the evening when a pickup truck struck and killed him. Police are still investigating the crash.

If you or someone you love has been hurt because of a careless driver, and you need a personal injury attorney in Mobile, we can help. At Morris Bart, we have extensive experience working with car accident victims, and our attorneys have settled thousands of cases. Call us at 800-537-8185 to speak with a qualified personal injury lawyer today.

Alabama reports on a University of South Alabama police officer who is no longer on staff after a campus-wide chase ended in a crash. According to an official spokesperson for the university, a USA officer pursued a vehicle that had an expired tag before the suspect crashed into another vehicle at an intersection. There were two people in the fleeing vehicle, as well as two people in the car that the vehicle struck.

Upon further investigation, police found that the fleeing vehicle contained seven grams of marijuana, and the 17-year-old driver had stolen it from a local business. Following the accident, the university’s police department placed the officer who had pursued the car on paid leave while administrators investigated whether or not he violated the department’s policy regarding pursuits. When they found that he had violated the policy, they terminated the officer.

The USA Police Department’s pursuit policy states that pursuits may be necessary in severe circumstances, though they do present risk to all involved. Only when the need for immediate capture outweighs those risks should an officer pursue a vehicle. Pursuits for misdemeanors, traffic violations, property crimes and class B and C felonies are prohibited.

According to AL.com, a fatal car accident occurred on I-10 earlier this week at around 2 in the morning. The initial crash involved a white Ford minivan, but it quickly led to three more traffic accidents due to distracted drivers around the scene. State Troopers are still investigating the fatal crash, and responders worked hard to clean up the wreckage and clear the roadways again.

Alabama State Trooper and Two Others Injured in Crash

According to ABC, an Alabama State Trooper was injured in a crash along with two others late last week. Officials released a statement claiming the trooper was conducting a traffic stop when a truck veered off the road and hit both the trooper’s vehicle and the one he had stopped. Responders took the trooper to a local hospital, where medical staff treated him for serious injuries.

The driver of the vehicle the trooper had stopped and the driver of the truck that crashed into both of them were also injured. Responders took them to local hospitals for their injuries.

If you’ve been injured in an auto accident and need a personal injury lawyer, don’t wait. Call Morris Bart today at 800-537-8185 to arrange an initial consultation.